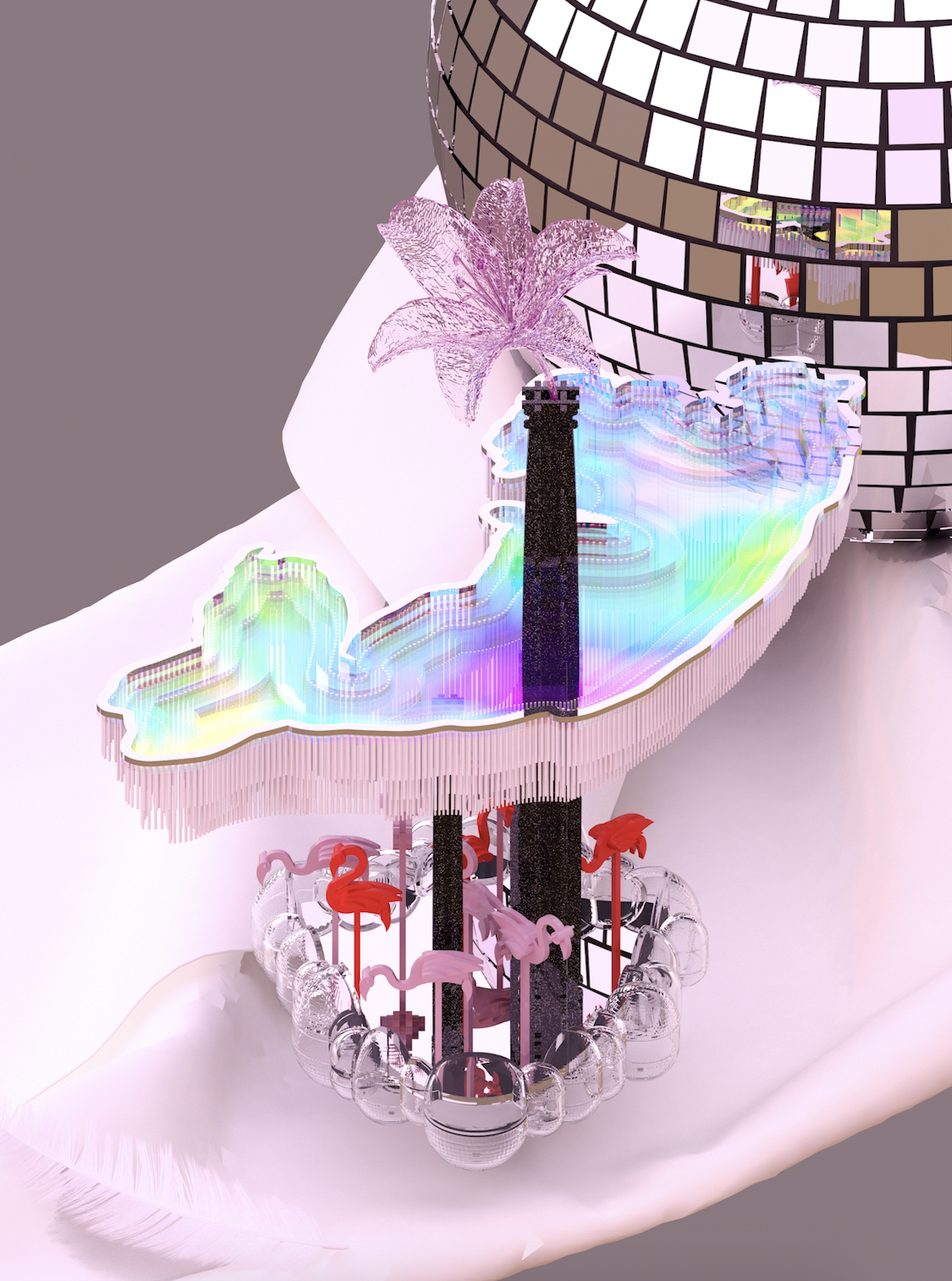 “Anachoresis: Upon Inhabiting Distances” is the Cyprus participation at the Venice Architecture Biennale 2021, curated by Marina Christodoulidou, Era Savvides, Evagoras Vanezis and Nasios Varnavas. The exhibition is organised by the cyprus architects association and the cyprus ministry of education, culture, sports and youth. In the Cyprus Pavilion, Wet-Hard Agency will be showing our project called #spreadthesecret.

Our project commemorates, memorializes, and problematizes the lack of LGBTQ spaces in Cyprus’s built environment, through a speculative model of the now-closed “Secrets” nightclub. In an island of 900,000 inhabitants, there are no more LGBTQ spaces open for the community.

Secrets opened its doors in 2005 in Larnaka, close to a neighboring Salt Lake, which attracts a colony of migrating flamingos every year. Our model looks at these two distinct “ecosystems”—club and lake—and mediates/explores the relationship between the flamingos, who always have a space to come back to, and the queer community in Cyprus, who is underserved and excluded from the island’s architectural discourse and planning policy.

The architectural model which we will be showing reinterprets architectural features that characterized Secrets: an underground club with columns adorned in mirrors. It also couples them with certain ‘queer’ traits found in flamingos such as the uropygial secretions that make them pink, described by scientists as flamingos applying “make-up". Two different kinds of flamingos are present in the model, referencing how Secrets was a unique space in which the Turkish and the Greek Cypriots both came together. In this way, the Salt Lake acts as the point of contention between the flamingos and the Cyprian LGBTQ community: as species, flamingos travel in large colonies, and they form strong pairing bonds—even between same-sex flamingos—in order to defend their nesting territories.

Our proposal is therefore not solely a static representation of a space, but a call for collective action advocating for diverse spaces of congregation in the future of Cyprus’s built environment.

*This project is the product of collaborative work between Kleanthis Kyriakou, Regner Ramos, Gabriela Ennich, Christian González, and Brian Torres.