My first memories of being attracted to men go back to when I was around four years old. We had a family friend—his name escapes me right now—who'd visit us from time to time. In one of those lightning visits, he arrived wearing biker shorts—black lycra with a baby blue stripe on either side of his outer thighs; 80s fashion knew no shame—and as he sat on our loveseat talking to my parents, I feigned sleep just so I could rest my head on his lap. He and my parents knew I wasn't really sleeping, but I pretended anyway.

Those early years to me felt very spatial, centering on the domestic sphere: our house, my paternal grandparents' house (right next door) and my maternal grandparents' house (about a 10-minute drive away). These three rural sites were very much inscribed within the religious culture that makes my hometown of Aguada, still today, be unofficially nicknamed el Vaticano de Puerto Rico.

In Puerto Rico—and I suspect it's the case in many Latin American countries—families tend to stay together, subdividing the family plot  into smaller ones in which recently-married—and notably heterosexual—offspring can then build their houses on, and raise their families in.

My family home in el barrio Piedras Blancas is surrounded by my grandfather's family members. In fact, the area is called Sector Chuco Ramos—named after him. It's not uncommon for Puerto Rican cities, towns, neighborhoods, and streets to be named after prominent heterosexual men. My grandfather acquired the larger part of the hill back in the 70s and subdivided the land among his brothers, stepbrothers, sisters and stepsisters, as well as three of his children. My grandfather's house—or rather my grandmother's—a gorgeous split-level structure designed after 60s and 70s architecture, still crowns the hill with the two adjacent houses belonging to his two eldest sons. My father being his firstborn.

Piedras Blancas's most notable characteristic is its proximity to el Río Culebra, a river that runs a few yards behind our family home, and meets the ocean on the northwest coast of the island. When I was little, my cousins, sisters and I would sometimes go play and swim in Río Culebra. It felt immense to me, though I'm sure that if I were to visit now, I'd be disappointed in realizing how the glorified version of the river that lives in my mind fares in situ, though this isn't to say that one is real and the other isn't.

The barrio's landscape—the site—was alive, an entity that played alongside me, shifting in identity at my will and whim. At times, its identity was dependent on a collaboration between different people; we would all pitch in to redefine, rename and relearn its elements and characteristics to fit our playful performances. The site was a protagonist, it was a house, it was a different planet, an alternate reality, a hunting ground, a vampire's lair, and sometimes it was haunted. It was everything it was, in addition to everything it wasn't.

I recently redrew our Piedras Blancas home's topography on a piece of tracing paper that I placed on top of a printed site plan that my research assistant prepared for me in my office. Retracing its contour lines, remembering what might be what, speculating on distances, noticing discrepancies on the should-be-accurate-topography, attempting to accurately offset the in-between contour lines, I thought to myself, "What's the point?" The lines on the drawing said certain things but meant nothing. I noticed a small square next to my house—that, too, reduced to a square—and I recognized it: the bulldogs' house. I was too little to remember them (ironically the black lycra with baby blue stripes was not erased from my memory, no matter how small I was), but the bulldogs' house, once they were no longer with us, became my playhouse. I would sweep the floor, tidying up before my cousin, Willito, would 'come home from work' to greet his 'wife'. Played by me. 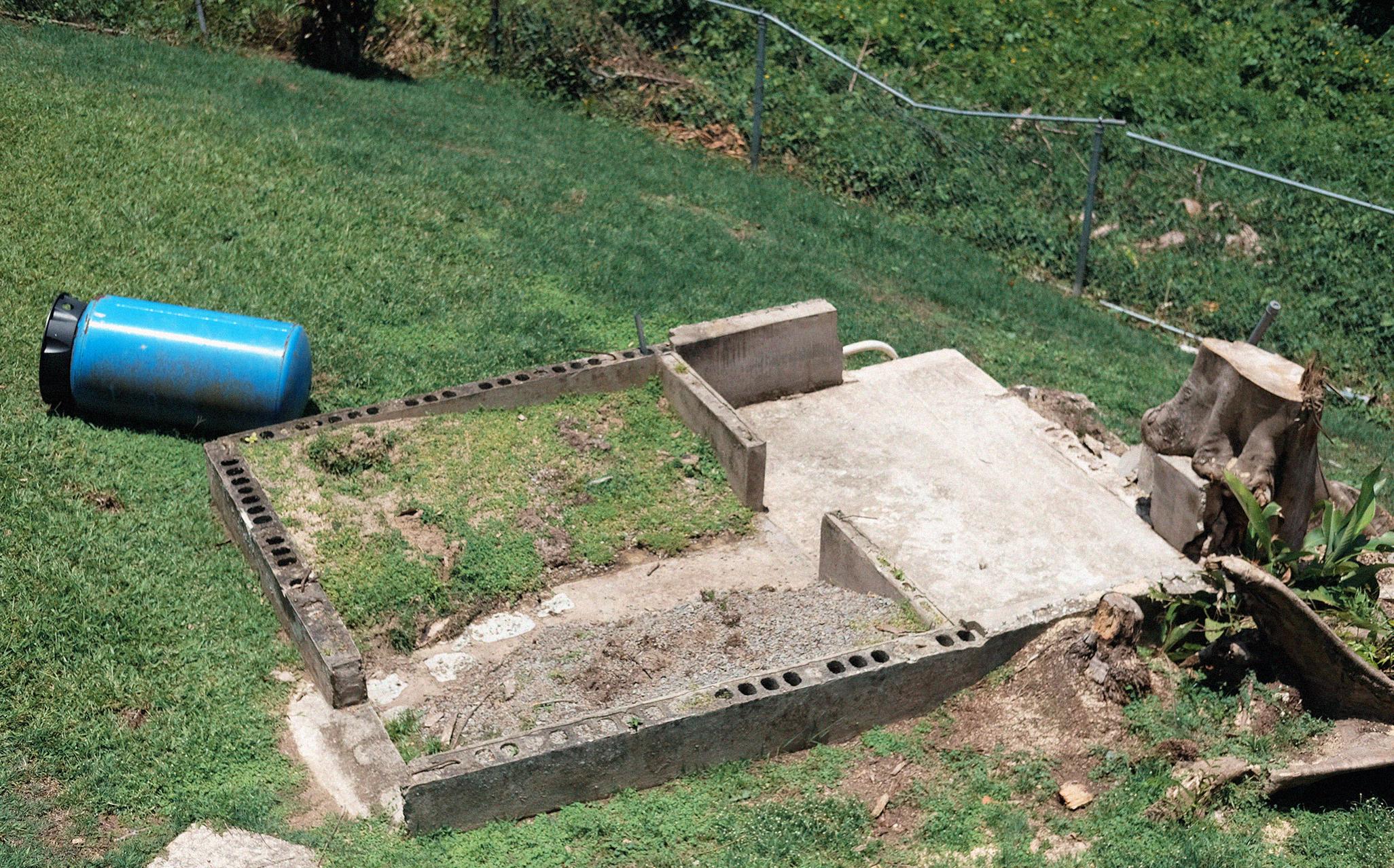