I hope this is a chair…

Here's how to play a game of marbles: draw a circle approximately three feet in diameter on solid ground. If you're playing on a concrete, stone or asphalt surface, you can use a rock or chalk to draw the circle. If you're playing on soil—like I used to do in my elementary's school square, where the soil resembled red powder—you can use a stick or even your finger to outline the perimeter. You're guaranteed to get a little dirty, but in a post N1H1 world, that's what we carry hand sanitizer of all scents and fragrances for.

You'll also need at least one opponent, otherwise you'll be competing against yourself (that's okay sometimes). The aim is to, by flinging your marbles with control and precision, acquire your opponents' marbles by knocking them outside the circle. Now, the exact rules and game variations, I don't remember because I never cared for them. I played with marbles because they were pretty. They reminded me of the first time I saw a Chinese Checkers set in Casa de Mama Lucy, and although I didn't know how to play, the geometric order, the clarity of the elements that composed the game, enthralled me.

Marbles was one of the few games in Puerto Rico where it was okay for boys to admire and play with something because it was beautiful. Certainly, it was about competition, about playing outside and getting dirty (but not really), but it was also about wanting particular marbles. Boys and girls alike wanted the biggest marble, or the rarest one, the most colourful one or the one whose materiality was different from the rest.

The most common marbles are made of glass, and come in different sizes. The prettiest ones are the bolón, the biggest ones. Most of them have swirls of color on the inside—the famous cats-eye. Others were transparent and tinted in different colors, and a variation of these came with specks of colors on their surface. Some marbles were metallic, and although they could be smooth, they were most frequently textured with specks. Others resembled planets in the Solar System. We also had opaque marbles that came in white, with swirls of colors on the outside rather than inside, resembling pieces of candy. This wasn't entirely arbitrary, they represented hierarchies for marbles. For instance, if you owned a zebra—a glass marble with a continuous, colored spiral inside it—you needed to watch out because someone was bound to want to win it over.

The hierarchy and variation of marbles meant that each kid, prior to buying a set—which came packed inside a net-like bag—would peruse the contents carefully to try to get the most varied set with the most amount of valuable marbles. Marbles allowed kids to engage with beauty, color and ornament, correlating a sense of value to them strengthened by the fact that each marble was unique, special. Through the game's objective, contesting their ownership through a set of rules and gamified performances, marbles acted as un-gendered artifacts of desire.

This became particularly palpable when performing the "sin soplin" oral command. You see, any time someone dropped their marbles outside of a match—and if you've ever interacted with a marble, you'll no doubt recall that due to their spherical shape and material properties, a rogue marble that hits the ground will bounce around at surprising speed, zooming past in every direction, while its owner frenetically tries to catch them in mid-air—they risked losing them to anyone who caught them and blew on them; this is where "sin soplin" came in to effect, which roughly translates to "no blowing". Uttering it out loud meant that from that moment on, ownership of the rogue marble remained with the original owner. No blowing mattered.

When I was in the fourth grade, I remember one of my friends, Vanessa, accidentally knocking over her container packed with marbles during class (that was so Vanessa). It was amazing. I remember it vividly, it was as if time froze, and I saw it happen in all its glory, while today retaining the ability to replay it over and over in my head in HD and surround sound.

With a disproportionally loud clatter that left our teacher, Mr. Pérez, paralyzed in silence in front of the chalkboard, Vanessa's marbles skyrocketed, bounced, clashed and rolled in every direction; with each bounce of each marble, a shrill dong echoed in the classroom walls, immediately followed by the thuds of human bodies hurling themselves on the floor, attempting to grab the marbles, blow on them and claim legitimate, lawful ownership—in accordance to (un)official marble-playing rules—as Vanessa, bursting in tears, let out a helpless, desperate howl: "SIN SOPLIIIIIIN!" 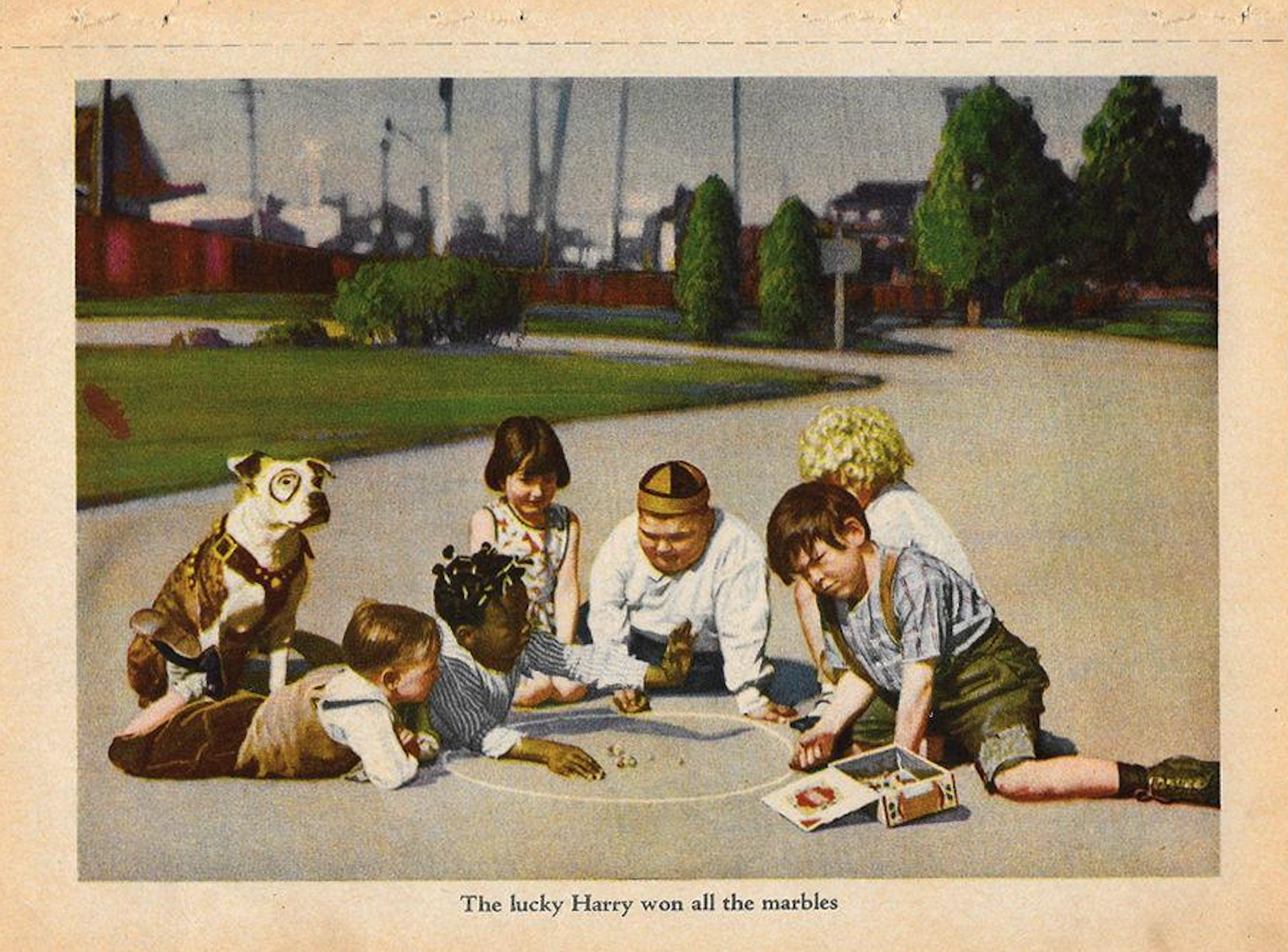